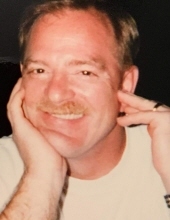 The family moved to Grinnell, Iowa, while Kevin was in elementary school. Kevin excelled in Little League baseball as a pitcher. He also enjoyed electric football, providing play-by-play which lead to a high school job as a Sunday morning DJ at KGRN.

Kevin graduated from GHS in 1972. Kevin was stationed in Germany while serving in the Army (1975-1978). After his military service he received an AA degree from Ellsworth Community College in Iowa Falls, Iowa. He began a career in selling print advertising for Contractors Guide that moved him to Chicago, Illinois. Kevin advanced his career to larger firms of Qualified Remodeler, Marvin Windows and Meredith Publishing Company.

Kevin loved living in Chicago and excitement of city life, but small gatherings with family were a favorite too. He also enjoyed gardening, golf, tennis, music, scuba diving and entertaining his friends with his culinary skills. Gumbo and his special popcorn were favorites with family and friends. He shared a passion for reading and history like his mother LaVelle.

Kevin was married and divorced three times: Tracy Johnson of Phoenix, Ariz., Julie Deutsch Ford of Chicago, Ill., and Linda Thomas of Kenosha, Wis. Kevin was semi-retired but recently has worked at the Shalom Center Food Pantry and was a driver for Kenosha transportation.

He was preceded in death by both his parents and an older brother Kim. Surviving are his siblings Scott Ford (Colette) of Altoona, Iowa, Kent Ford (Sharon) of Columbia, Mo., Candace LaCroix (Ken) of Oxford, Conn., and Karin Ford, Des Moines, Iowa, along with nephews Matt and Justin, nieces Katherine, Jane and Kristin.