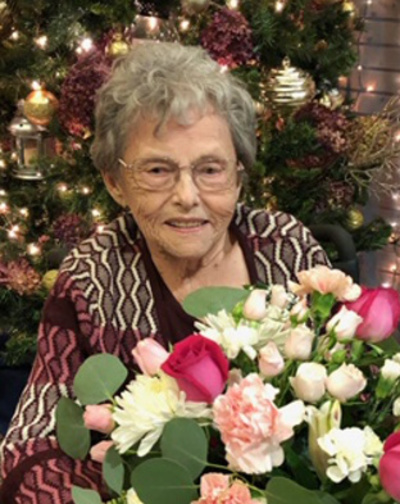 Marie Adean Yuska Hess, 90, of Cedar Rapids and formerly of Clutier, passed away Wednesday, January 22, 2020, at her daughter and son-in-law's home in Cedar Rapids under the care of her family and UnityPoint Hospice. A Mass of Christian Burial will be held Monday, January 27, 2020, at 10:30 AM at the St. Paul Catholic Church in Traer with Father Christopher Podhajsky as celebrant. Interment will follow at St. Wenceslaus Cemetery in rural Clutier. Visitation will be held Sunday, January 26, 2020 from 1-3 PM at Kruse-Phillips Funeral Home in Tama with a Vigil Service following at 3 PM. A Celebration of Life will be held in Cedar Rapids at a future date.

Marie was born on December 20, 1929, in rural Toledo, Iowa, the daughter of Frank and Esther (Klenk) Kucera.

She married Alfred J. Yuska on November 22, 1947 at the Immaculate Conception Rectory, Blessing. He passed away April 28, 1980. On January 31, 1981, she married Fred J. Hess at the Immaculate Conception Church in Clutier, Iowa. He passed away on August 15, 1999. Before marriage and attending nursing school, she worked various jobs, waitressing, Avon lady, and a Nurses Aid. She also helped on the farm. During her career as a nurse, she worked at Sunnycrest Nursing Center in Dysart, Sunrise Hill Care & Rehab Center in Traer, and Roberts Nursing Home in Waterloo. She retired in December of 1981. After Fred passed, she became a resident caretaker and assistant at Hand and then Kruse-Phillips Funeral Home in Clutier.

Prior to its closing, Marie was a member of Immaculate Conception Church in Clutier where she was active in the Rosary Society and National Catholic Society of Foresters and KD Lodge. Other activities and memberships included being a 4-H leader for the Central Victory Belles, American Legion Auxiliary, Past President of the Waterloo Unit of Licensed Practical Nurses, Past Treasurer of the Iowa Federation of Licensed Practical Nurses, and was a former member of the Tama County Council onAging. In her spare time, she enjoyed sewing, crocheting, making quilts out of old jeans for her family and baking kolaches.

Memorials may be directed to the family.