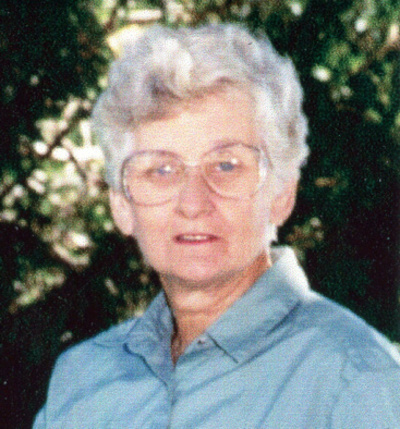 Dorothy A. Kajer, 83, of Toledo, passed away Thursday, February 13, 2020 at The Willows of Marshalltown under the care of Avalon Hospice. Visitation will be held Sunday, February 16, 2020 from 2-5 PM at Kruse-Phillips Funeral Home in Tama. A Private Graveside Service will be held at Rose Hill Cemetery in rural Toledo with Pastor Dr. John Christianson officiating.

Dorothy was born on June 2, 1936, in Forest City, Iowa, the daughter of  Gustave and Clara (Hug) Becker.

She graduated from Forest City High School and Northwest Institute of Minneapolis.

On August 17, 1958, she was united in marriage to Fred Lawrence Kajer in Mason City, Iowa.

Dorothy worked as a Medical Technician at the Evangelical Hospital in Minneapolis, MN and later at the Marshalltown Area Community Hospital. After her marriage, she was a farm wife and mother. In her younger years, she enjoyed fishing. Dorothy was active in dog training, attending dog shows, teaching dog obedience classes and was an active member of the Central Iowa Kennel Club. She also loved family farming.

Preceding her in death were her parents; husband, Fred on October 15, 2006; and one brother, Richard Becker.

Memorials may be directed to the Tama County K-9 unit.